Anna Goodman-Herrick creates to engage in and share our authentic stories. Her work spans from documentary TV series airing on networks across the world to community workshops, from photography that honors our relationship with place to high-end short films on exhibit in museums.

Having begun as a playwright, Anna’s plays have been produced nationally, including New York City’s Theatre Row and the Telluride Theater Festival. Completing Playwrights Horizons Professional Training Program in New York, she was invited to intern in the creative department at Broadway Video (SNL, Conan O’Brien). She was a founding member of the New York International Fringe Festival and managed shows at the legendary Nuyorican Poets Cafe. She worked for Symphony Space and on Blue Man Group’s Grammy-winning album. Anna went on to work at the network side as a writer and creative producer for MTV.

For over a decade, Anna has written, directed, and/or produced some of the most
successful TV documentary series, including on the Emmy-wining series True Life. She has created and overseen programming for ABC Family, Sundance Channel, Bravo, MTV, WeTV, E!, CMT, FOX, A&E, and OWN, (The Oprah Winfrey Network). Over time, she has honed in her focus to inspiring, transformational programming that pushes boundaries on our self-reflection.

She directed the educational short film “Becoming Henry,” in association with The Holocaust Museum in Los Angeles, as part of their 2013 series “Let’s Talk About It: New Conversations on the Holocaust.” She welcomed the opportunity to pay homage to her grandmother’s own survival in Auschwitz, which taught her about resilience, positivity, and awareness in social justice. As of 2016, “Becoming Henry” is now at the United States Memorial Museum of the Holocaust in Washington, D.C.

Her  paintings and photography, have exhibited in galleries in the U.S. and in Romania. 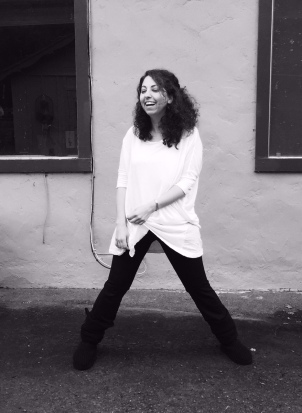 She has served on Step Up Women’s Network’s Teen Programs Committee and on the board of the Network for Teaching Entrepreneurship’s (NFTE) In True Fashion program as Media Advisor. In 2011, inspired by the strength and courage of the students around her, she created “I Am I Value,” a multi-media movement encouraging a positive voice in youth. She has been a guest speaker at Los Angeles high schools.

She is a recipient and graduate of the 2011 Step Up Women’s Network Professional Mentorship Program, pairing women devoted to serving the youth community with a senior leader in their field.

Back to main Bio